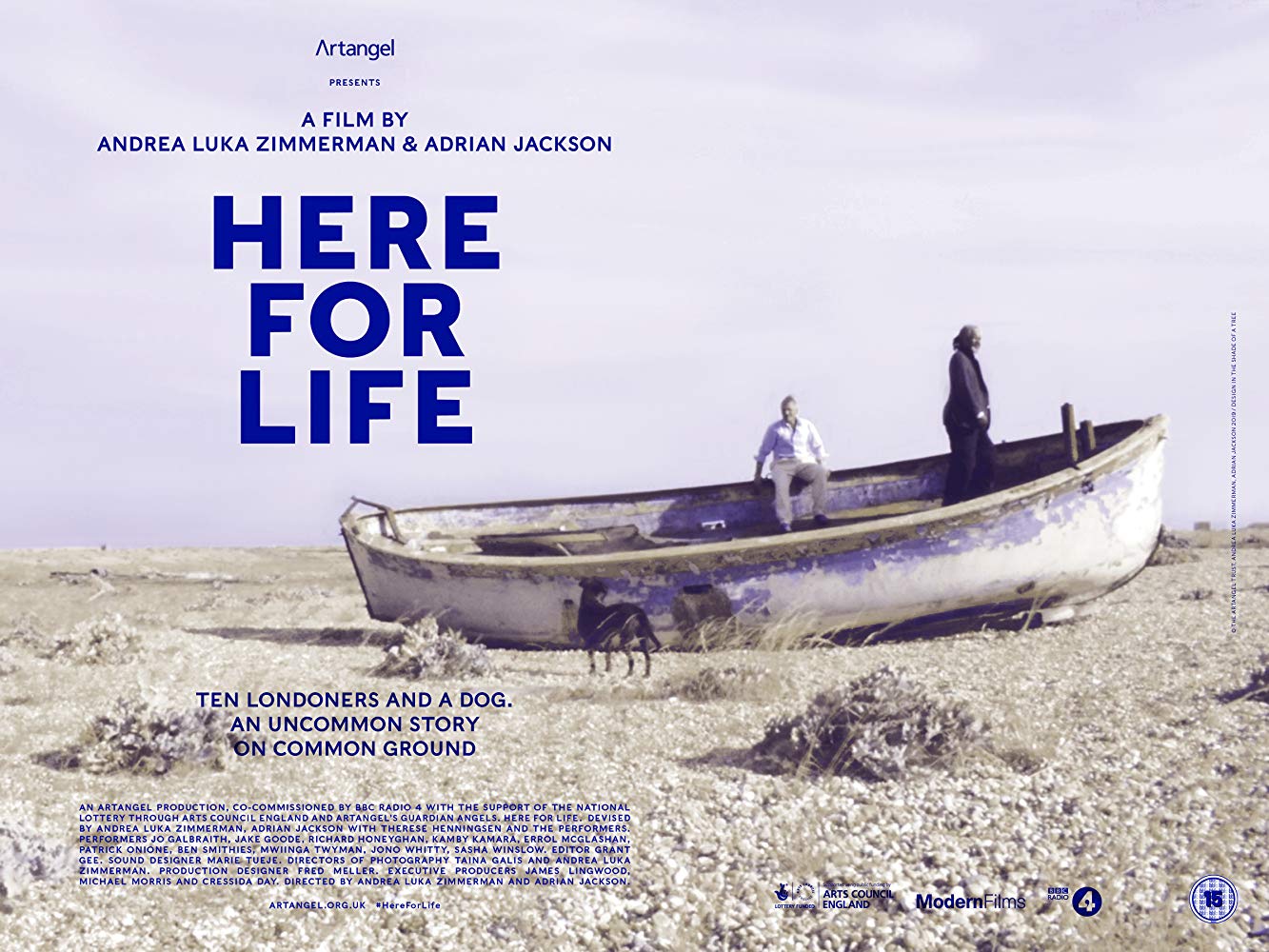 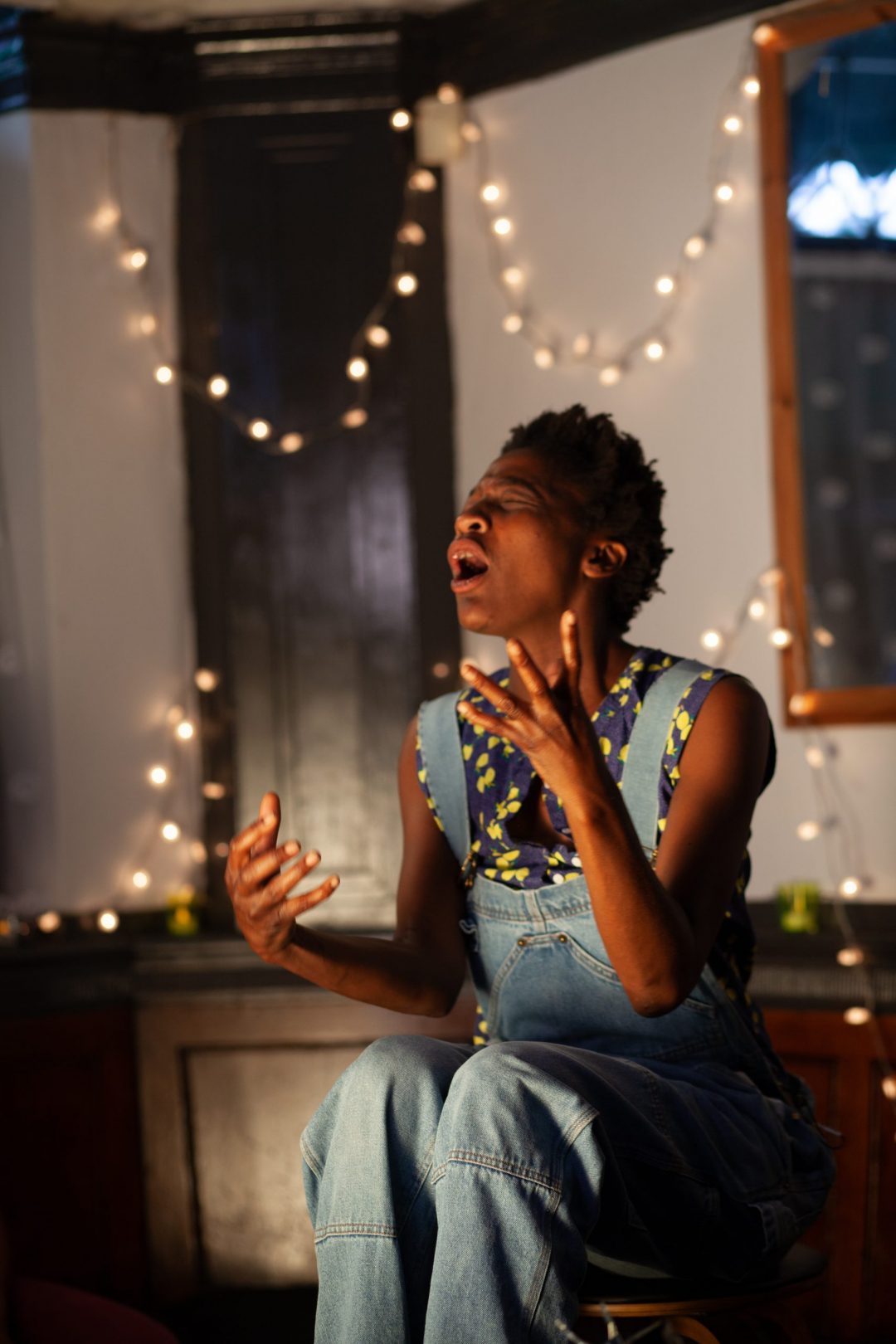 An uncommon story told on common ground by ten Londoners. All have lives shaped by loss and love, trauma and bravery, struggle and resistance. They grapple with a system stacked against them. They dance, steal and eat together; agree and disagree, celebrate their differences and share their talents. The lines between one person’s story and another’s performance of it are blurred, and the borders between reality and fiction are equally porous. Eventually coming together on a makeshift stage built on reclaimed ground between two train tracks, they prompt a debate about the world we live in, who has stolen what from whom, and how things might be fixed. Here for Life marks the culmination of a long collaboration between film-maker Andrea Luka Zimmerman and theatre-maker Adrian Jackson, a troupe of Londoners and a dog.

Here for Life was previewed outdoors in 2019 at Nomadic Community Gardens where much of the footage was shot. It was awarded a Special Mention from the Concorso Cineasti del presente jury during its world premiere at the Locarno Film festival, Switzerland 15 August 2019.

Andrea Luka Zimmerman grew up on a large council estate, is an artist, filmmaker and cultural activist. Andrea’s work is concerned with marginalisation, co-existence, waywardness, social justice, class and structural violence and has been nominated for the Grierson and Jarman awards. Films include Artangel produced Here for Life (2019),Erase and Forget (2017), which had its World Premiere at the Berlin Film Festival (nominated for the Original Documentary Award), Estate, a Reverie (2015) and Taskafa, Stories of the Street (2013), written and voiced by the late John Berger. Selected exhibitions include Civil Rites, the London Open, Whitechapel Gallery and Common Ground, Spike Island, Bristol. She co-founded the cultural collectives Fugitive Images and Vision Machine (collaborators on Academy Award® nominated feature documentary The Look of Silence).

Presented by Mansions of the Future as part of their Urban Form: Social Architecture & The Commons season this event is delivered in partnership with The Venue and supported by Lincoln Film Society. This programme of activity marks the start of the Mansions of the Future’s legacy year (2019 – 2020), which intends to engage artists, architects, academics and local citizens in conversation and debate around the past, present and future of Lincoln’s social and civic life, within the context of the local built environment