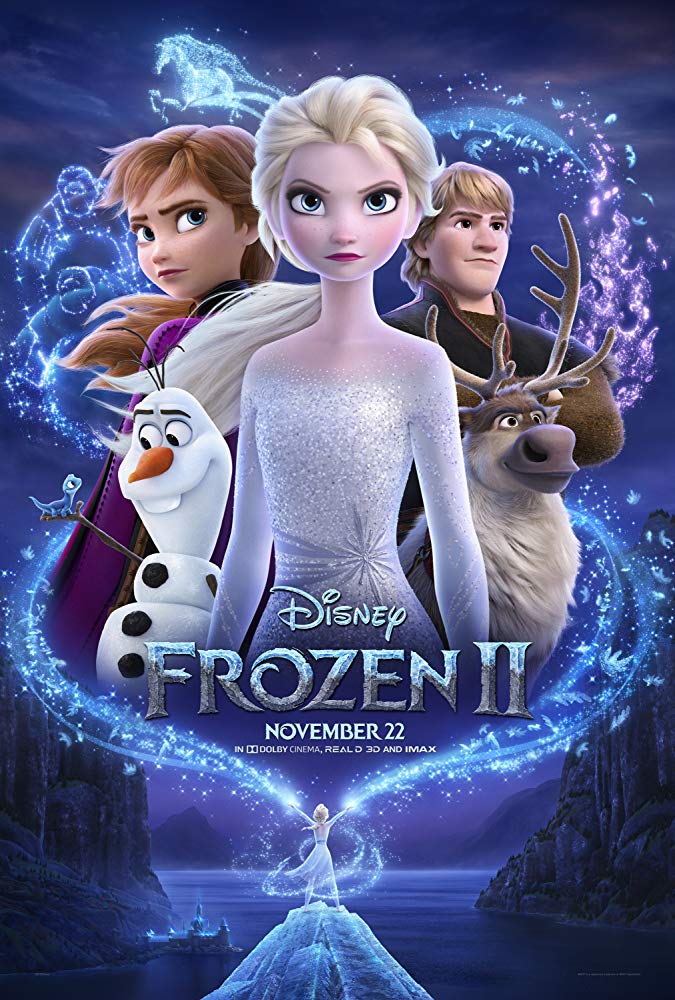 Far away, as north as we can go, once stood an enchanted forest.” So begins the new fairy-tale animated musical from the creative team of Disney’s 2013 Oscar-winning FROZEN. The original cast are reunited as snow queen Elsa, Princess Anna, Sámi iceman Kristoff, reindeer Sven and Olaf the cheery snowman. Leaving their kingdom of Arundelle, the friends set out in search of secrets from the past, following a mysterious call from the north. Once Queen Elsa feared her icy powers were too much for the world, but in FROZEN 2 she must hope they are enough. Visually sumptuous, FROZEN 2 promises explosions of stars, ice magic, horse-shaped water spirits, and all accompanied by terrific, memorable songs. Enchantment, fun and the perfect family outing.